Skip to Content
Home Blog Cairo Judging Without Why

Last weekend, having lunch, I saw a good mum feeding her 10 year old daughter. It wasn’t a very healthy lunch and the daughter could do with healthy. I judged her, and I don’t even know her WHY.

A few days ago I went on a field trip with Ruby’s school. The day was extra hot and dry with the sun beating down on us in the desert landscape of Waadi Digla. I was in the back troop as we set out on a big hike.  Climbing the steep hill, sand and rocks coursed down the hillside, under our trainers.

A small group of girls had stopped ahead of me, probably finding the climb hard. One of them was on her hands and knees, trying to hold onto the sliding rocky surface. As I moved closer I wondered about the girl, – is it attention seeking, fear or trauma?

Trying to think of what was going on for her, my initial thought was coaxing her to continue the climb. 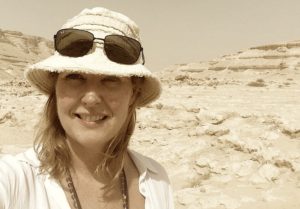 The other girls offloaded mobile phones and empty water bottles into my backpack before continuing up the hill. I was now directly behind the crouching girl and could speak with her. ‘I’m too scared.’ She said, ‘I’m afraid of heights.’

Her response definitely sounded more like trauma than fear. We decided she had braved the mountain far enough and I started coaxing her to brave it back down, she didn’t think she could make it at firs.

I held on to her as we carefully slid, sideways on our trainers, back down the hill. Constantly chatting to her, telling her to breathe slowly and praising how brave she was.

When she saw she would make it back down, two police men arrived and wanted to ‘carry’ her the rest of the way. I said it would be better to let her do it on her own, which she did. As she was now breathing normally and doing great, I asked her if anything had happened to make her so scared.

‘Yes,’ she said, ‘I jumped out of a 4 story window and broke both my legs a few years ago.’

I have no idea how I remained calm on hearing that, it was certainly stocking. Instead, I replied ‘Well that would make everyone afraid of heights and it makes your superpowers even more awesome.’

‘Great!’ she giggled. Oh my god, this girl is brave.

Leaving her with one of the team leaders, I raced back up the mountain to catch up with the rest of the climbers, all the while wondering what had made her jump out of a 4 story window.

Later, when I asked the field trip leader, she told me there had been a fire at the girl’s previous school, and she jumped to save herself from the flames.

How could I ever have known that? How can anyone know such a WHY?

Which brings me back to the good mother feeding her daughter, – what’s her WHY? – Maybe her daughter nearly died at birth or later, maybe . . . . maybe. . . . Maybe judging other peoples motivation without considering their WHY is something I don’t want to do anymore.

Jump over to my Facebook page where the conversation continues without judgment.

I’d love to keep in touch, don’t you? Pop your details in below and every few weeks, or so, I’ll send you my musings on writing, life and #TRUTH hunting.

This is happening tomorrow. Come and join us! I

Do you have better conversations with your mother

One of the many captivating stories in ❝The Burn

What does this quote from, @laurasaridavis means t

In her interview with @betsygrazianifasbinder on @

I am so incredibly excited about meeting @laurasar

We nearly got arrested on New Years Eve!! I could

Seasons Greetings form my home town to your. Shari

Feeling the effect of yesterday’s booster I firs

‘This the season 🎄to get stressed out and way

It’s a cold and blustery day here in Athens but

Years ago, when I first heard of the work by Julia

Did I tell you? We got out for some LIVE music an